The process to modernize the Rules began in 2012 and was initiated to ensure that the Rules are easier to understand and apply for all golfers and to make the game more attractive and accessible for newcomers.

While the majority of proposed Rules remain intact in the final version, several important changes to the initial proposals and further clarification of many Rules were incorporated. The most significant adjustments made following a review of the feedback received from golfers around the world include: 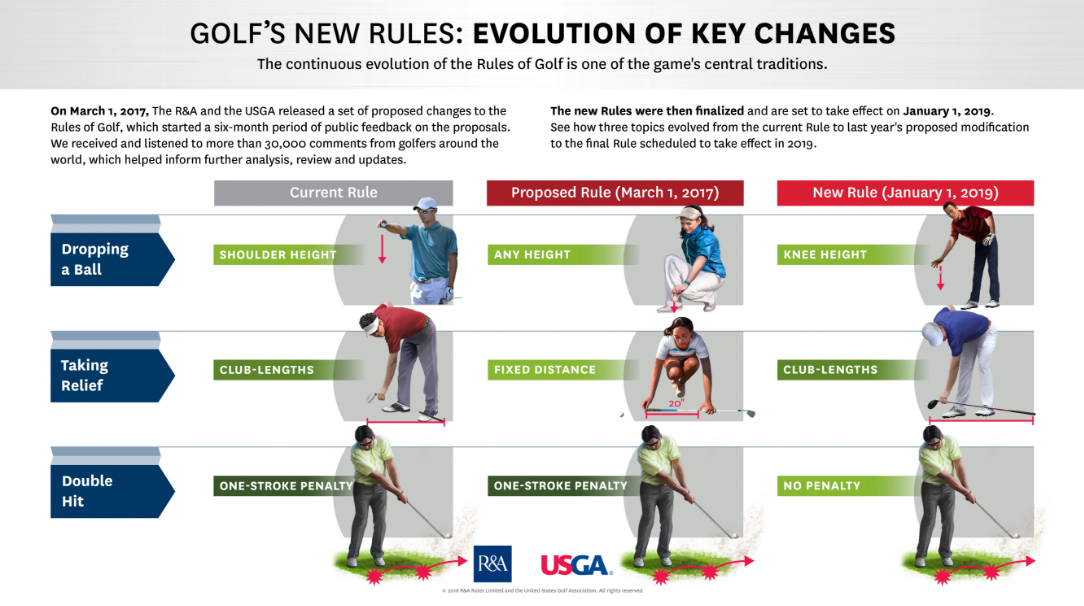